To share your memory on the wall of Jim Kirchoff, sign in using one of the following options:

Provide comfort for the family of Jim Kirchoff with a meaningful gesture of sympathy.

Jim attended schools in Mullinville and Bushton. He served in the U.S. Army during the Korean Conflict in the Army Corp of Engineers at Fort Bragg. After his discharge he moved to Jetmore and worked for Northern Natural Gas. In 1960 they moved to Garden City where he was a welder for Henkle Drilling and Butler Industries, which later became Oswalt Manufacturing. Jim was a member of First United Methodist Church of Garden City and formerly belonged to Harry H. Renick American Legion Post # 9 and the Eagles Lodge. He enjoyed racing with his son and grandson, KU Football and Basketball, trips with his wife on their Harley Davidson, drawing and building things out of metal. He was preceded in death by his Parents, Brother- Robert Kirchoff and Grandson- Aaron Kirchoff.

Receive notifications about information and event scheduling for Jim

We encourage you to share your most beloved memories of Jim here, so that the family and other loved ones can always see it. You can upload cherished photographs, or share your favorite stories, and can even comment on those shared by others.

~Proverbs 20:7 We get to witness this truth daily, working with the Kirchoff family. May The peace of God rest on you all.--- Burtis Motors family.
Comment Share
Share via:
DG

Posted Apr 05, 2019 at 05:28pm
I love you Grandpa. Its hard to believe your no longer here. No more smiles, laughs and giggles. No more talking about KU sports, or racing, or just life in general. I am thankful for the time I got to spend with you and all that you did for me. I am thankful you are no longer in pain, but I wish I could talk to you one more time. I love you! We will meet again someday.
Comment Share
Share via: 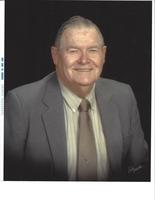