To share your memory on the wall of Richard Johnson, sign in using one of the following options:

Richard graduated from Trousdale High School and Pratt Community College. He received his Bachelor Degree in Mathematics from Emporia State Teachers College and later his Master’s in Mathematics from University of Salt Lake. He served in the United States Military for 31 years, 5 months and 9 days until retiring as 1st Sergeant in July 1995. He worked with his brother- Bill at Great Bend Industries and as a teacher in Hoisington and California and at Crustbuster in Spearville. After retiring he worked part time at the grocery store in Spearville. He lived in Spearville for 30 years until failing health brought about moving to be closer to his children in Garden City in 2016. He enjoyed being close to family and especially enjoyed the “Family Meals” that were once a week. Grandchildren and Great-Grandchildren were a real joy to him once he was closer to be around them.

Receive notifications about information and event scheduling for Richard

We encourage you to share your most beloved memories of Richard here, so that the family and other loved ones can always see it. You can upload cherished photographs, or share your favorite stories, and can even comment on those shared by others.

Thank you for your service to this nation.

Posted Apr 28, 2019 at 06:42pm
We grew up neighbors, he married my sister and the Johnson family still enriches my life as did his parents and grandparents. He will be missed. I have a thousand memories that will continue to bring me joy for the rest of my years. My condolences to the family and may you also continue to enjoy the many memories you have because he was with us for as long as he was. John Sparke
Comment Share
Share via:
R

Tyler and Family, Our hearts and prayers go out to you and your family. We are thinking of you all. Mike and Roberta McCartney 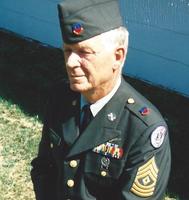 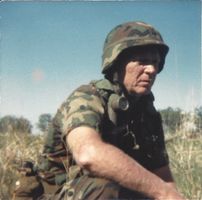