To share your memory on the wall of Rex Davis, sign in using one of the following options:

Provide comfort for the family of Rex Davis with a meaningful gesture of sympathy.

Print
Rex Edward Davis passed away on Monday, June 3, 2019, after suffering from multiple illnesses. He was born to Gaylon and Lorena (Bray) Davis on February 25, 1939, in Ransom, Kansas.

Rex grew up in Alamota KS and graduated from Lan... Read More
Rex Edward Davis passed away on Monday, June 3, 2019, after suffering from multiple illnesses. He was born to Gaylon and Lorena (Bray) Davis on February 25, 1939, in Ransom, Kansas.

Rex grew up in Alamota KS and graduated from Lane County High School in 1957. In the fall of 1957 Rex enlisted in the United States Navy as a radio technician for a four year term. Having completed his enlistment, he returned to Dighton, Kansas, where he married his best friend’s sister, Lois Darlene (Shapland) on June 7, 1964. The two of them went to Fort Hays State University where Rex graduated with a Bachelor’s Degree in Mathematics and Physics. They then moved to California so Rex could work for the Hughes Aircraft Company. When the company downsized, the family moved first back to Dighton, then to Garden City where he found worked at Sunflower Electric for the next fifteen years. Rex’s second career for the next fifteen years consisted of being the maintenance supervisor for U.S.D. 457, a position from which he retired. Since 1975, Rex and his family have been active in The Church of Jesus Christ of Latter-day Saints in the Garden City Ward.

Rex is survived by his wife, Lois; his sister, Rita & Larry Weber of Colby, Kansas; his sons, Steven & Amy of Vernal Utah, Daniel & Afton of Bowling Green Kentucky, Michael of Garden City Kansas, and James of Satanta Kansas; and his grandchildren, Aiden, Evan, and Aliyah.

Receive notifications about information and event scheduling for Rex

We encourage you to share your most beloved memories of Rex here, so that the family and other loved ones can always see it. You can upload cherished photographs, or share your favorite stories, and can even comment on those shared by others.

Posted Jun 14, 2019 at 09:13pm
The Richardson/Garcia family would like to send our condolences to Lois, Steve, Dan, Jim and Mike. May you be comforted in your time of sorrow and rejoice in the knowledge of Eternal families. Even though it was just for a short time, Rex was a huge influence
on us and we are truly saddened.
Comment Share
Share via:
JB

Posted Jun 09, 2019 at 11:38am
Rex was an amazing guy. So sorry to hear of his passing. He was the kindest, most thoughtful individual. I enjoyed our time working together.
Comment Share
Share via:
AM

Posted Jun 06, 2019 at 05:08pm
Lois & Family; Rita and Family—With heart felt sympathies, the Brian Morris, Glenda Morris Sorensen and Alan Morris families are sorry to hear about the loss of Rex. We are thinking of you in these difficult times. The Rex we knew was a “Class A” top notch individual. He over came many hurdles and accomplished much. Our memories of growing up with Rex include his calm and collected manners, his athletic capabilities, and being a person one could count on. He looked for the best in people. We appreciated him as a cousin and will remember him fondly.
Comment Share
Share via: 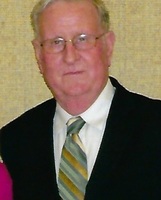