To share your memory on the wall of Sylvia McVey, sign in using one of the following options:

Sylvia grew up in Miami, Oklahoma where she attended school. On September 26, 1950, she married Donald I. McVey in Bentonville, Arkansas. They moved to Pritchett, Colorado in 1955 and later moved to Garden City in 1967. Sylvia has lived in Garden City since. A homemaker, Sylvia enjoyed sewing, crocheting, quilting, collecting Avon, playing Bingo, and going to the casino. She was a lifetime member of the VFW Auxiliary.

Receive notifications about information and event scheduling for Sylvia

We encourage you to share your most beloved memories of Sylvia here, so that the family and other loved ones can always see it. You can upload cherished photographs, or share your favorite stories, and can even comment on those shared by others.

Please allow me to express my deepest condolences for your family's loss. I hope that you will find comfort in the real hope that the Bible gives of being reunited with your loved one again. In the Bible at John 5:28, 29 it reads, "Do not be amazed at this, for the hour is coming in which all those in the memorial tombs will hear his voice and come out.". The Bible there promises that your loved one will come back to life again in the resurrection. (Acts 24:15) The Bible also promises that soon death will be no more. (Revelation 21:3, 4) I encourage you to visit JW.org for more information about this wonderful hope. 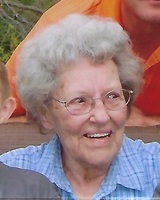