To share your memory on the wall of Margaret Besthorn, sign in using one of the following options:

Provide comfort for the family of Margaret Besthorn with a meaningful gesture of sympathy.

Margaret graduated from Garden City High School and Garden City Community College. She went to work at Fidelity State Bank as a teller and retired as the Head Teller after 33 years with the bank. She was a member of the First United Methodist Church, Red Hatters, Eagles Lodge, VFW Auxiliary, Southwest Art Association & a past board member of the Garden City Community College Endowment Association Board. Margaret’s passion was painting and crafts and also enjoyed fishing, dancing, camping & helping in the garden. She was preceded in death by her Parents, First husband & 2 Brothers- Richard Drussel and Charlie Drussel.

We encourage you to share your most beloved memories of Margaret here, so that the family and other loved ones can always see it. You can upload cherished photographs, or share your favorite stories, and can even comment on those shared by others.

Posted Aug 08, 2019 at 09:44am
I am Phyllis Drussel Tillman, daughter of Raymond and Bessie Drussel......cousin of Margaret and her family. We grew up on the farm south of Garden City -- just a couple miles apart. Until the recent year or so, I looked forward to exchanging Christmas notes with Margaret, my only connection with the family as we all got older. She was special to me as I grew up an only child and I'm sure she will be missed by many. God bless you all.
Phyllis Tillman
27429 Cordwood Ridge
Shell Knob, MO 65747
happyfil@aol.com
Comment Share
Share via: 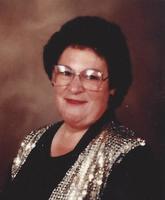