To share your memory on the wall of Grady Cook, sign in using one of the following options:

Provide comfort for the family of Grady Cook with a meaningful gesture of sympathy.

Grady farmed on the family farm for over half of his life. He attended grade school at Manter and graduated from Stanton County High School in Johnson. Grady married Susan Neal on May 27, 1999, in Garden City, Kansas. He loved playing softball during the warm months of the year and in his younger years would often travel to many men’s and co-rec tournaments. He also greatly enjoyed hunting and fishing and passed those hobbies on to his children and grandchildren. Grady coached all his kids in most of their youth sports. Recently, he coached the ladies basketball program at Holly High School in Holly, Colorado and took the ladies to the State Tournament. He knew how to instill the passion of the game in the hearts of the kids. Grady was a member of the First Christian Church in Syracuse and baptized at the age of 11 years. He recently reconfirmed his faith at Manter Methodist Church. Grady also served as a Stanton County Commissioner for five and a half years.

He is preceded in death by his parents.

Memorial service will be held at 10:00 AM on Saturday, August 17, 2019, at Stanton County Jr/Sr High School Auditorium in Johnson, Kansas, with Pastor Mary Courtney officiating. Memorial contributions may be given to the Holly Girls Basketball Team in care of Garnand Funeral Home, PO Box 715, Johnson, Kansas 67855.
Read Less

We encourage you to share your most beloved memories of Grady here, so that the family and other loved ones can always see it. You can upload cherished photographs, or share your favorite stories, and can even comment on those shared by others.

Posted Aug 17, 2019 at 04:24am
So many memories come flooding back from years raising our families together. I could tell of rabbit hunts, barbecues, card games where secret signals occurred, a turkey that chased, s..ghetti ordered at the Pizza Hut, card tables that didn’t survive games of spoons, family bowling nights, hair cuts and so much more. We sat in bleachers and watched our kids play in sports arenas, attended graduations and birthdays. My favorite memories though, I think are the days we would haul the horse tank to the Arkansas and spend the day floating down the river. The whole set up was always a comical challenge finding crates to sit on for each of the kids and inflating inner tubes and getting filled ice chest situated. I can still see you and Jimmy perched in those tubes with your white farmer tanned legs drapped over the side of the rubber tubes. All was fun until we rounded a bend and others would be waiting with buckets to soak upcoming tubers and tank families. The war would be on. Lol. Grady, I see you walking by a heavenly river today...a river that flows and runs smoothly finding its own path and way to meander. Fish jump creating ripples that flow out to you allowing you to breathe in all the awe ness that heaven has to offer. A tree stand isn’t needed ...the deer walk about nudging you along in a sunshine that is warmer than you have ever felt before. Joy waits around each bend and fills your heart and soul. Do me a favor and save me a crate to sit upon. You will be missed. Deb
Comment Share
Share via:
TI 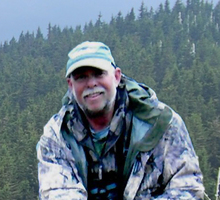