To share your memory on the wall of Rene Renick, sign in using one of the following options:

Rene attended Garden City public Schools and Graduated from Garden City Senior High School in 1977. She went on to graduate from Avila College located in Kansas City MO. in 1982 with a Bachelor of Arts degree in Theatre. She worked for several seasons at The Missouri Repertory Theatre. Rene went on to graduate from the University of Missouri - Kansas City with a Master of Arts degree in Counseling and Guidance. She was a Licensed Clinical Counselor in both Kansas and Missouri and began her career at Western Missouri Mental Health Hospital in K.C., MO. Rene became a passionate advocate for women and girls who were survivors of Domestic Violence and sexual assault. She started work at Hope House In Kansas City, Missouri as one of the first outreach therapists for survivors of domestic violence. She was a visionary leader who worked tirelessly in the trenches with survivors and advocates, and for those survivors who had lost their voice. Rene worked for Hope House for over a decade and worked her way up to become The Vice-President of Research and Program Development. Rene also had a private practice as a Consultant and Trainer dealing with clinical issues related to domestic violence and sexual assault.

In 2005, Rene went on to become the Director of Community Programs for Rose Brooks Center in Kansas City, Missouri. She spearheaded the organization’s partnership with the Kansas City Anti-Violence project. This unique partnership increased accessibility of services for LBGTQ domestic violence survivors through awareness and cross training efforts, and expanded services specifically tailored to the needs of the LGBTQ community.

In 2003 Rene also achieved her Executive Master’s of Business Administration from Benedictine College in Atchison, Kansas.

In 2007 Rene moved to Washington D.C. to become the Vice President of Programs and Emerging Issues for The National Network to End Domestic Violence. During her decade long career at NNEDV Rene lead NNEDV’s coalition capacity, economic justice and housing technical assistance projects and NNEDV’s special project addressing the intersection of HIV infection and domestic violence. Rene also served as NNEDV’s liaison with corporate foundation partners. Rene was a member of the national advisory board for loveisrespect.org, a project of the National Domestic Violence Hotline and Break the Cycle. With expertise in trauma informed services, Rene had extensive national and international experience in training advocates, allied professionals and academic audiences on how to respond and advocate for survivors and their children.

Rene testified as an expert witness in court cases, spoke at the White House and was interviewed by many local and national news networks on awareness and how to spot and help victims of domestic violence. Rene was a passionate advocate in the domestic violence field but she also advocated for women and girls rights and empowerment as well as civil rights, LGBTQ rights and acceptance, and believed in economic justice for all. She was a light in the darkness for those she helped professionally and personally. Her laughter and mere presence in a room brought hope and healing to so many people. She never wavered in her pursuit of equality, safety and peace for all people who suffered.

Rene was truly an amazing, talented and brilliant person. Rene flipped houses, threw amazing pots, painted masterpieces, built a flight simulator, learned to weld, dreamed up cool inventions, cooked gourmet vegetarian meals and was a self taught electrician. She ran peaceful protests and marched on Washington and was a hose and high heel-wearing feminist with a short fuse for injustice and the bravery to always act on her convictions and causes. She was a huge fan of the Rolling Stones and traveled the globe to see their concerts.

Rene is survived by her sister, Blair and husband Gary LaMastres of Lyndon, Kansas; her brother, Jack and wife Carrie Renick of Gardner Kansas; six nieces and nephews; and her beloved dogs Romey and Bowie. She is preceded in death by her loving parents, Barbara and Bob Renick.

In Rene’s memory, memorial contributions may be made to Rose Brooks Center, P.O. Box 320599 Kansas City, Mo. 64132 or to your local domestic violence shelter.

A memorial service is planned at Garnand Funeral Home in Garden City KS at 2:00 p.m. Saturday the 24th of August. Following the memorial there will be a graveside service at Valley View Cemetery.
An additional memorial service and celebration of life is planned for Saturday, September 21, 2019 at 3:00 p.m. at The Kansas City Artist Coalition, 201 Wyandotte St., Kansas City, Missouri 64105. This service will be immediately followed by a reception at The Webster House, 1644 Wyandotte St., Kansas City, Missouri 64105.
Read Less

Receive notifications about information and event scheduling for Rene

We encourage you to share your most beloved memories of Rene here, so that the family and other loved ones can always see it. You can upload cherished photographs, or share your favorite stories, and can even comment on those shared by others. 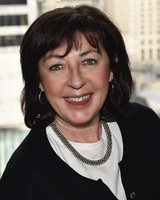