To share your memory on the wall of Phyllis Van Meter, sign in using one of the following options:

During her early years, Phyllis lived in Oklahoma before settling in Crowley, Colorado in 1942. She graduated from high school in 1948. In July 1948, she married Cecil “John” Van Meter in Raton, New Mexico. They became the proud parents of Johnny Lee, Debbra Raye, and Ricky Jay Van Meter. Later in life, Phyllis married Robert “Bob” Loper.

Phyllis was a member of Turning Point Church of the Nazarene in Garden City, a life member of ESA, the Crowley County Heritage Society, Finney County Senior Center, the Red Hat Society, VFW Auxiliary, & the American legion Auxiliary. She enjoyed her volunteer work, camping, family activities, her country, family, and the Lord.

Receive notifications about information and event scheduling for Phyllis

We encourage you to share your most beloved memories of Phyllis here, so that the family and other loved ones can always see it. You can upload cherished photographs, or share your favorite stories, and can even comment on those shared by others.

Posted Aug 22, 2019 at 09:07am
I remember spending a lot of nights with the family. She was a great cook and I remember John was always happy and laughing. He came to my house in Sac and visited with me and my daughter. That was so special to me. I spent the night with Phyllis mom and that was the first time I ever used an out house. It was really cool. I will see you again
in heaven....Love Shelley
Comment Share
Share via:
CF 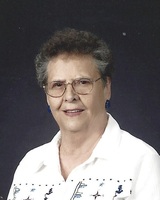