To share your memory on the wall of Donald Strout, sign in using one of the following options:

Provide comfort for the family of Donald Strout with a meaningful gesture of sympathy.

Donald was a career Army man, where he served in the United States Army. He served most of his military career as a military policeman and retired as a Staff Sergeant. After his retirement from the military, Donald moved to Garden City where he worked four years with the Finney County Sheriff Department from 1997 to 2001. Donald enjoyed golfing, fishing, and traveling.

On August 24, 1997, he married Jackelyne Harris in Lakin, Kansas. She survives. Other survivors include two daughters Denise Strout Ullstrom of Peyton, Colorado and Christine Strout of Holcomb, Kansas; two step-children Cindy Boesch of Las Vegas, Nevada and Rodney Clark of Colorado Springs, Colorado; a sister Sharon Cullenberg of Farmington, Maine; ten grandchildren; and one great-grandson. Donald is preceded in death by his parents; a son Troy Strout; and a brother Philip William Strout.

Funeral services will take place at a later date in Portland, Maine. There will be no calling hours. The family suggests memorials given to the Donald Strout Memorial Fund in care of Garnand Funeral Home of Garden City.
Read Less

We encourage you to share your most beloved memories of Donald here, so that the family and other loved ones can always see it. You can upload cherished photographs, or share your favorite stories, and can even comment on those shared by others. 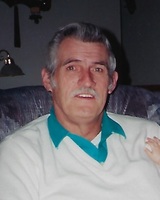