To share your memory on the wall of Owen Kepley, sign in using one of the following options:

Provide comfort for the family of Owen Kepley with a meaningful gesture of sympathy.

He was stationed on both sides of the Pacific Ocean during his 20 years of service in the U.S. Navy. He began as a radarman, was as an air controller for planes flying missions, served in the Vietnam War, trained riverboat sailors, and for his last assignment, requested stationing in Japan, where he served aboard the USS Worden.

Owen would often recount stories of working alongside sailors from different countries, learning about different customs and bonding over naval duties that cross cultures and international borders.

While stationed in Vallejo, California, he married Kay Baggett in Reno, Nevada. They celebrated their 50th anniversary on August 30, 2019.

After returning to Ulysses in 1979, he worked for more than 25 years at the Grant County Road and Bridge Department. He spoke highly of his coworkers there, enjoying the camaraderie of “The Shop” and years-long interactions with employees from different backgrounds.

As a boy, he attended school in Grant County before graduating from Grant County Rural High School and attending Emporia State University.

Owen is survived by his wife, Kay, of their home; and son, John Kepley of Ann Arbor, Michigan.

He is preceded in death by his parents, and an infant brother.

Per Owen’s request, his burial will be at sea conducted by the United States Navy. Memorial contributions may be given to David and Amanda Kepley Family Fund in care of Garnand Funeral Home, 405 W. Grant Ave, Ulysses, KS 67880.
Read Less

We encourage you to share your most beloved memories of Owen here, so that the family and other loved ones can always see it. You can upload cherished photographs, or share your favorite stories, and can even comment on those shared by others.

Posted Nov 07, 2019 at 11:05am
On behalf of the Office of the Vice President for Communications at the University of Michigan, we offer you our condolences and support in whatever you need. May John, Kay and the family find comfort in one another.
Comment Share
Share via: 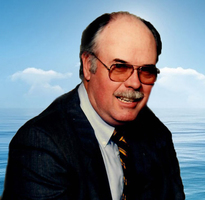