To share your memory on the wall of Dennis Wheeler, sign in using one of the following options:

Provide comfort for the family of Dennis Wheeler with a meaningful gesture of sympathy.

He was born on May 8th, 1946 at Leopold Hospital in Garden City, Kansas to Russe... Read More
Dennis L. Wheeler, 73, of Arkansas City, Kansas died Sunday, November 10, 2019 at Via Christi St. Francis hospital in Wichita, Kansas after a brief illness.

He was born on May 8th, 1946 at Leopold Hospital in Garden City, Kansas to Russell and Dorothy (Yohn) Wheeler. He attended Ulysses grade schools and Grant County Rural High School, graduating with the class of 1964. On June 18th, 1967, he married Susan Ann Lock in the sanctuary of the First United Methodist Church of Ulysses. A long- time resident of Ulysses, Dennis worked as a mechanic for Tom Cross Chevrolet and eventually opened his own garage, Wheeler Repair. In June of 1994, Dennis and Susan moved to Arkansas City, Kansas where he worked for AutoZone before retiring in 1996. Throughout his life, Dennis enjoyed tinkering around with small engines, as well as his Cushman motor scooters. He was a member of the National Cushman Club for 30 years. He and Susan enjoyed traveling the state to attend Cushman meets, and made many friends through this club.

He is preceded in death by his parents, Russell and Dorothy Wheeler. He is survived by his wife, Susan, of Arkansas City. Two sons, Rusty, and wife Angie of Garden City, Kansas, and Derald, and wife Tina, of Arkansas City, Kansas. One brother, Roger Wheeler of Buckeye, Arizona. Two granddaughters, four step-grandchildren, 6 great-grandchildren, 6 nephews, and a host of cousins, and many longtime friends.

A graveside service for family and friends will be held on Wednesday, November 20th, 2019 at 1pm at the Ulysses Cemetery with Reverend Kelly Gindlesberger officiating.

Memorial contributions may be given to The American Diabetes Association, The Cushman Club of America, or to the Wheeler family in care of Garnand Funeral Home, 405 W. Grant Ave, Ulysses, KS 67880.
Read Less

Receive notifications about information and event scheduling for Dennis

We encourage you to share your most beloved memories of Dennis here, so that the family and other loved ones can always see it. You can upload cherished photographs, or share your favorite stories, and can even comment on those shared by others. 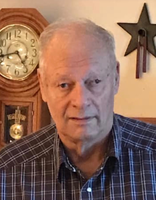 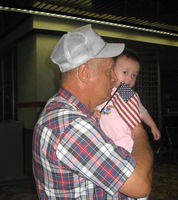 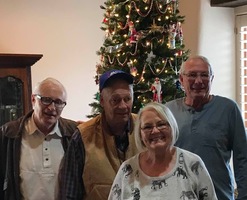