To share your memory on the wall of Gary Fuller, sign in using one of the following options:

Print
Gary Eugene Fuller of Garden City went to be with the Lord on November 18, 2019 at the Shepherd’s Center in Cimarron, Kansas. Born November 24, 1936 to Art and Gladys Fuller in Liberal, Kansas.

Gary attended school in Liberal, ... Read More
Gary Eugene Fuller of Garden City went to be with the Lord on November 18, 2019 at the Shepherd’s Center in Cimarron, Kansas. Born November 24, 1936 to Art and Gladys Fuller in Liberal, Kansas.

Gary attended school in Liberal, was a member of Cappella Choir, Mixed Chorus, Boy’s Glee Club and was Vice President of his senior class. Gary also played semi-pro baseball for the Liberal Beejays. He married Fern Kindsvater and together they had three children, Gary Jr., Teresa and Tim. They moved to Garden City in the 1960’s and started Fuller Construction. A carpenter by trade, Gary passed down all of his skills to his sons and grandsons. Gary married Maggie Dale on June 18, 1995 and gained four children. Gary was most of all a lover of Jesus Christ and the word of God, and eventually became a minister. Having a heart for helping others, he was a member of the board at the Emmaus House and helped on several mission trips. A gifted musician, Gary played in several bands throughout the years. With a desire to serve the community, Gary spent two terms as Mayor of Garden City and several years on City Commission. Gary loved playing golf, traveling, and most of all spending time with his family.

Receive notifications about information and event scheduling for Gary

We encourage you to share your most beloved memories of Gary here, so that the family and other loved ones can always see it. You can upload cherished photographs, or share your favorite stories, and can even comment on those shared by others.

Posted Nov 19, 2019 at 10:41pm
Gary was a very caring person. Got to know him when he was on the city council. We had any great conversations about Garden City, family and life! Prayers to Maggie and family.
Comment Share
Share via: 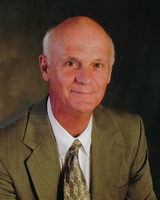