To share your memory on the wall of Harold Starr, sign in using one of the following options:

Provide comfort for the family of Harold Starr with a meaningful gesture of sympathy.

Harold was born and raised in Pueblo, Colorado. He later graduated high school in Pueblo, Colorado and then graduated with a Bachelor of Arts from Southern State College. He then went on to pursue his Master of Science in Industrial Arts Education from Pittsburgh State University. He later obtained an Education Specialist Degree in Industrial Education emphasizing Industrial Arts from Pittsburg State University. Harold taught many students the art of auto mechanics, wood working, electrical wiring, photography, and yearbook. His teaching career led him across the state of Kansas. He taught in Kansas City, Pittsburg, Topeka, and Pratt before moving to Garden City in 1980. He then taught many years at Holcomb High School, Ingalls High School, and Garden City Community College. He was a member of First Southern Baptist Church, Masonic Lodge, and the Moose Lodge. Harold was a man of many talents. He will be remembered best for his gifts and graciousness. He was always willing to lend a helping hand to anyone that needed it. For holidays he would give crosses and jewelry boxes to anyone that wanted one. He was preceded in death by his Parents-William and Susan, his Loving wife Mary, Daughter Jo-Marie McDonald, Son- Heath Starr, Sister and Brother-in-law Wilda and Ed Jersin.

Funeral services will be at 10:30 AM Tuesday, November 26 at First Southern Baptist Church with Rev. John Harms, officiating. Burial will be in Valley View Cemetery in Garden City. Memorials are suggested to the Harold Starr memorial fund in care of Garnand Funeral Home. Friends may call from 9:00 AM to 8:00 PM to Garnand Funeral Home.
Condolences may be posted at www.garnandfuneralhomes.com
Read Less

Receive notifications about information and event scheduling for Harold

We encourage you to share your most beloved memories of Harold here, so that the family and other loved ones can always see it. You can upload cherished photographs, or share your favorite stories, and can even comment on those shared by others.

Posted Nov 27, 2019 at 06:57pm
As a child , I have such fond memories of a funny and kind Uncle Harold ! As children , we didn’t know all the adult themes that occurred but we did know we loved our Uncle! May his sweet soul Rest In Peace and May God grant the family the ability to forgive misgivings and provide strength , comfort and peace . Our thoughts and prayers are with you .
Comment Share
Share via:

Posted Nov 24, 2019 at 09:17pm
Harold will be missed by his Church Family ! Loved by many ! I know he was welcomed home be Jesus and family ! Till we meet again my friend !
Prayers for the family ,
God Bless
Henry & Patty Huber
Comment Share
Share via:
JG

Posted Nov 23, 2019 at 08:36am
Condolences to the family and friends
Our family didn't realized it was Mr. Harold that passed away. We always saw him at church with his beautiful and welcoming smile every Sunday. He never missed shaking hands with my husband, me and our girls. How we wished we could do more to know him. He is a sweet man. We will definitely going to miss him. Even our little one recognized him when we opened the obituary and she just cried because all we remembered about him is his welcoming spirit, his smile on Sundays. What a sweet and godly man. He is now in a better place with our Father.
Our thoughts and prayers to the family and friends.
Comment Share
Share via: 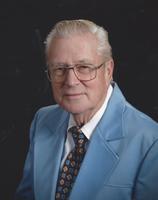