To share your memory on the wall of Peggy Terwilliger, sign in using one of the following options:

Print
Dighton- Peggy Arlyne Terwilliger, 94, died on Friday, November 22, 2019 at Lane County Hospital in Dighton. She was born on August 24, 1925 at the family farm in rural Gove County the daughter of W.O. & Edna (Gregg) Leighton.

Peg attended Prairie View Grade School in Gove County and graduated from Quinter High School in 1943. On February 6, 1944 she was united in marriage to Dwight Terwilliger at Quinter. They lived on the farm at Shields where she was a homemaker. They moved to Dighton in 1975. They enjoyed 49 years together before Dwight passed away on July 25, 1993. She resided at the Diamond View Assisted Living in Dighton from 2006 to 2016. In January 2017 she moved to the Long Term Care at Lane County Hospital.

She was a member of the United Methodist Church and a lifetime member of Dighton Order Of Eastern Star Chapter 241. Her life revolved around her family who gave her much joy.

Graveside Service will be at 1:00 PM Monday at Dighton Memorial Cemetery with Rev Berniece Ludlum officiating. Memorials are suggested to Lane County Hospital or United Methodist Church in care of Boomhower Funeral Home. Friends may call from Noon to 12:45 PM Monday at Boomhower Funeral Home. Condolences may be posted at www.garnandfuneralhomes.com

Receive notifications about information and event scheduling for Peggy

We encourage you to share your most beloved memories of Peggy here, so that the family and other loved ones can always see it. You can upload cherished photographs, or share your favorite stories, and can even comment on those shared by others.

Posted Nov 27, 2019 at 11:27pm
I will always remember the summers that my mom and dad would bring us to Sheilds and later to Dighton to spend time with our Aunt Peggy and Uncle Dwight.Not everyone thinks that Kansas is a lovely place. But I do. I learned about family and love. I will always remember you Aunt Peg.
Comment Share
Share via:
HS

Posted Nov 24, 2019 at 10:03am
Please accept our most heartfelt sympathies for your lossour thoughts are with you and your family during this difficult time.

Flowers were purchased for the family of Peggy Terwilliger. 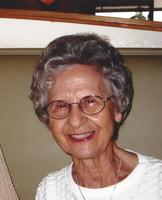