To share your memory on the wall of Ross Pile, sign in using one of the following options:

Earl grew up and attended school in Tribune, Kansas. He graduated from Greeley County High School. In 1951, he moved to Garden City where he attended and graduated from Garden City Junior College. While attending Garden City Junior College, Earl participated in football, basketball and track. Earl was the owner and operator of Pile Trucking, which he ran until his retirement in 2010. He was a member of St. Mary Catholic Church in Garden City and served as an usher for more than thirty years. He was also a member of the Knights of Columbus. Earl enjoyed making jewelry, watching football and basketball, and coaching and attending softball games in Garden City.

Receive notifications about information and event scheduling for Ross

We encourage you to share your most beloved memories of Ross here, so that the family and other loved ones can always see it. You can upload cherished photographs, or share your favorite stories, and can even comment on those shared by others. 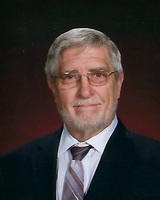