To share your memory on the wall of Monica Centeno, sign in using one of the following options:

Provide comfort for the family of Monica Centeno with a meaningful gesture of sympathy.

Monica has lived most of her life in Garden City. She attended Garden City schools and graduated from Garden City High School in 1980. She then attended and graduated from the Garden City Community College School of Cosmetology. After working for a short time as a cosmetologist, she later became a CNA where she worked for SDSI, then St. Catherine Hospital. Monica married Anselmo Centeno in Garden City. A member of St. Mary Catholic Church, Monica enjoyed cooking, music, dancing, taking care of people, animals especially her dogs Oscar & Buckley, and spending time with her family especially her nieces and nephews.

We encourage you to share your most beloved memories of Monica here, so that the family and other loved ones can always see it. You can upload cherished photographs, or share your favorite stories, and can even comment on those shared by others.

Posted Dec 10, 2019 at 10:20pm
I have known you for so long and it seems surreal that you are gone. I will always think of your smile and the wonderful love you had for every one you encountered. You will be missed my friend. Hug Mom and Dad for us
Comment Share
Share via:
J

Posted Dec 10, 2019 at 06:13pm
Monica was always so friendly and we had some great conversations...I know she loved her family, especially her son. She will be missed. She is loved by so many. May she rest in peace. xoxox filled with The Lords comfort and blessing to her family.
Comment Share
Share via: 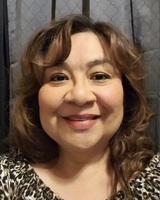