To share your memory on the wall of Delbert Stinemetz, sign in using one of the following options:

Provide comfort for the family of Delbert Stinemetz with a meaningful gesture of sympathy.

Delbert was a member of Bible Christian Church in Garden City where he served as an Elder for many years. He enjoyed his work, listening to the radio, reading his Bible, reading newspapers, and his 1950 Harley Davidson.

Funeral services will be held at 10:30 a.m. on Thursday, January 9, 2020 at Bible Christian Church in Garden City with Pastor Brian Wilson and Pastor Bob Bates officiating. Burial will follow at Valley View Cemetery in Garden City with military graveside rites conducted by the United States Navy Honor Guard and the American Legion District #8 Honor Guard. Friends may call from 1:00 p.m. to 8:00 p.m. on Wednesday at Garnand Funeral Home in Garden City. The family suggests memorials given to Bible Christian Church in care of the funeral home.
Read Less

We encourage you to share your most beloved memories of Delbert here, so that the family and other loved ones can always see it. You can upload cherished photographs, or share your favorite stories, and can even comment on those shared by others. 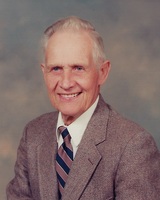