To share your memory on the wall of Shirley Warden, sign in using one of the following options:

Provide comfort for the family of Shirley Warden with a meaningful gesture of sympathy.

Shirley lived with her family in Pueblo until she was seven years old. They moved to Lakin, Kansas where she attended school. Shirley graduated from Lakin High School in 1963. She has been a resident of Lakin and Deerfield since. She began her working career at Sabo Manor in Lakin. She then worked at the Style Shop before becoming a part owner of Raggs & Ruffles. Later, Shirley worked for Dr. Zimmerman, worked part time at the Post Office, managed the Garden City Co-op County Corner, and managed The Depot. She was currently working as a paraprofessional for USD #216 in Deerfield.

Funeral services will be held at 10:30 a.m. on Tuesday, January 21, 2020 at the Deerfield United Methodist Church in Deerfield with Rev. Heureuse Kaj officiating. Burial will follow at the Lakin Cemetery in Lakin, Kansas. Friends may call from 5:00 p.m. to 8:00 p.m. on Sunday and from 9:00 a.m. to 8:00 p.m. on Monday all at Garnand Funeral Home in Lakin, Kansas. The family suggests memorials given to the Deerfield United Methodist Church in care of the funeral home.
Read Less

We encourage you to share your most beloved memories of Shirley here, so that the family and other loved ones can always see it. You can upload cherished photographs, or share your favorite stories, and can even comment on those shared by others.

Posted Jan 19, 2020 at 07:24pm
What an amazing and talented lady who touched the heart of so many people during her life. I feel privileged to have known and worked with her. I know all of you and others will miss her deeply.
Peace to all,
Jannelle Robins-Gaede
Comment Share
Share via: 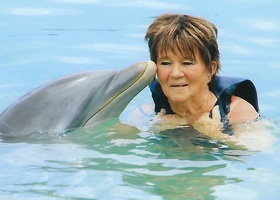 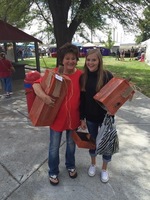 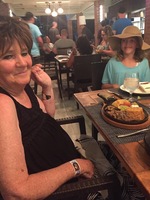 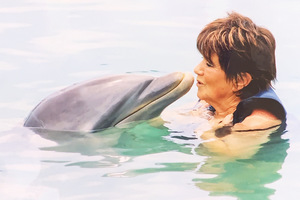