To share your memory on the wall of Ed McCoy, sign in using one of the following options:

Provide comfort for the family of Ed McCoy with a meaningful gesture of sympathy.

Ed graduated from Lakin High School. He served in the United States Navy during the Viet Nam Conflict and retired after 22 years of service. He received his Bachelor’s degree from Wichita State University in business and became the Finance Manager at the Veterans Hospital in Topeka. He was a member of Central Church of Christ, Topeka where he served as church treasurer for over 20 years. He enjoyed volunteering at Tall Grass Christian Camp. He was preceded in death by his parents, wife, two sisters and two brothers.

Graveside Service will be at 1:00 PM Friday at Lakin Cemetery in Lakin. Military Honors will be rendered by the United States Navy Honor Guard and American Legion District 8 Honor Guard. Memorials are suggested to Central Church Of Christ in care of Garnand Funeral Home, Garden City, Ks. Condolences may be posted at www.garnandfuneralhomes.com

We encourage you to share your most beloved memories of Ed here, so that the family and other loved ones can always see it. You can upload cherished photographs, or share your favorite stories, and can even comment on those shared by others.

Posted Jan 24, 2020 at 04:46am
My condolences to Ed's family. He and I worked together many years at the VA Medical Center in Topeka. He was a great employee and we enjoyed many hours as two veterans of the US Navy swapping 'sea stories'. Fair winds and calm seas my friend.

Posted Jan 22, 2020 at 12:14pm
It has been a long time since I got to see uncle Eddie. The last time we talked it was about our time we did in the navy. I will miss him a lot. My condolences to my dad, uncles and cousins.
Comment Share
Share via:
M

Posted Jan 21, 2020 at 10:19pm
I didn’t know Mr. McCoy, but my husband knew the family in Lakin. I grew up in Topeka. His accomplishments in life were marvelous. I really enjoyed reading his obituary. The good Lord was his copilot in life for sure. I was blessed as I read about his life. Topeka was a better place because of him too. Thank you!
Comment Share
Share via:
PS

Posted Jan 20, 2020 at 06:47pm
Uncle Eddie, the "quiet" McCoy. Didn't always have a lot to say, but what he did say was always worth listening to.
You are missed.
Comment Share
Share via: 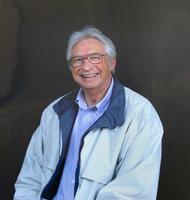