To share your memory on the wall of Mary Rinconez, sign in using one of the following options:

Provide comfort for the family of Mary Rinconez with a meaningful gesture of sympathy.

Mary was raised and attended schools in Loraine, Texas before moving to Garden City in 1965. She married Ramon Avalos in 2011 in Liberal Kansas. He survives.

Her hobbies included playing Bingo, going to the Casino, dancing, cooking and spending time with her family. A faithful member of the Second Missionary Baptist Church, she enjoyed hosting parties for the children of the congregation. She was a very kind soul and involved in charity work.

She was preceded in death by her parents and siblings-Rose Ramos, Flora Gomez, Carlos Rincones and Oscar Rincones. 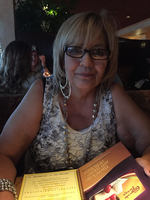