To share your memory on the wall of Jackie Chandler, sign in using one of the following options:

Provide comfort for the family of Jackie Chandler with a meaningful gesture of sympathy.

Jack grew up in the Leaksville, North Carolina area where he attended school. He graduated from John M. Morehead High School in 1976. After high school, Jack served for twenty two years in both the United States Navy and the United States Army. After his retirement from the United States Navy, Jack has worked as an electrician, worked in the restaurant industry, the Home Depot, and as a pilot car driver for Palmer Manufacturing. He moved to Garden City in 2009 from Aurora, Colorado and has lived in Garden City since. Jack enjoyed messing around on his computer, bowling, gardening, spending time with his grandchildren, and was an avid Dallas Cowboys fan. He also loved his time with his dog Max.

A memorial service will be held at 10:30 a.m. on Monday, February 10, 2020 at Garnand Funeral Home in Garden City with Chaplain Gerry Dupuis officiating. Military honors will be conducted by the United States Navy Honor Guard. A private family interment will take place at a later date in North Carolina. The family will be at the funeral home from 2:00 p.m. to 4:00 p.m. on Sunday to visit with friends. The family suggests memorials given to the Jack Chandler Memorial Fund in care of Garnand Funeral Home of Garden City.
Read Less

We encourage you to share your most beloved memories of Jackie here, so that the family and other loved ones can always see it. You can upload cherished photographs, or share your favorite stories, and can even comment on those shared by others. 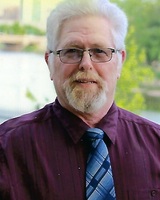