To share your memory on the wall of Keith Jones, sign in using one of the following options:

Provide comfort for the family of Keith Jones with a meaningful gesture of sympathy.

Keith graduated from Deerfield High School and served in the United States Air Force during the Korean Conflict. He was stationed in Korea as a jet mechanic. After his discharge he returned to Kearny County and spent his entire working career with Colorado Interstate Gas Company and retired as Plant Manager. He was a member of the United Methodist Church of Deerfield and formerly was a member of the Presbyterian Church in Lakin where he served in all the church offices. He had been a scout leader, baseball coach and city council member. He enjoyed bowling, woodworking, carpentry, fishing, camping and after his second marriage traveling the world.

Funeral Service will be at 10:30 AM Friday at United Methodist Church in Deerfield with Rev. Heureuse Kaj officiating. Burial will be in Deerfield Cemetery with military honors by the United States Air Force Honor Guard and American Legion District 8 Honor Guard. Memorials are suggested to United Methodist Church or Deerfield Recreation Commission in care of Garnand Funeral Home. Friends may call from Noon to 8:00 PM Thursday with family present from 7:00 to 8:00 PM at Garnand Funeral Home in Lakin. Condolences may be posted at www.garnandfuneralhomes.com

We encourage you to share your most beloved memories of Keith here, so that the family and other loved ones can always see it. You can upload cherished photographs, or share your favorite stories, and can even comment on those shared by others.

Posted Feb 14, 2020 at 09:53am
Keith was the grandpa of my step sister, Carrie. My prayers go out to the family at this time. It’s always sad to lose a wonderful long time community member.
Comment Share
Share via:
DB

Posted Feb 13, 2020 at 09:54am
We are sorry for the loss of this family member. We enjoyed our times together and wish we could be there for his funeral. Remember the good times!! Rest in peace, Brother-in-law.
Love, Dick and Valeta
Comment Share
Share via:
KP

Posted Feb 11, 2020 at 03:37pm
My deepest sympathy to the family of Keith. My father, Kenneth Erskine as well as Glenn Farris were car pooling together for many years as well as being working buddies. Keith was so kind to me when Dad passed away as well as always saying hi whenever we bumped into each other.
Comment Share
Share via: 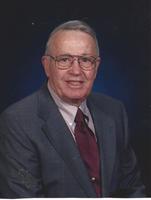