To share your memory on the wall of Carl Knaus, sign in using one of the following options:

Provide comfort for the family of Carl Knaus with a meaningful gesture of sympathy.

Carl served six years in the United States Army where he served during the Korean War. On March 14, 1992, he married Carol Reynolds in Garden City, Kansas. They combined their families, and together had eight children. Carl’s life centered around his love for music and he was the base guitarist with a local band called “The Continentals.” The band played at many of the local clubs and was the house band for the Grain Bin. Carl also restored many old classic cars and owned a 1956 Cadillac Sedan DeVille which brought him many awards. Another pastime of Carl’s was repairing watches, clock, lawn mowers, and other small engines. Carl was a member of the Church of the Brethren in Garden City, as well as the VFW and the American Legion.

Funeral services will be held at 1:30 p.m. on Friday, February 14, 2020 at the Garden City Church of the Brethren in Garden City with Pastor Bob Bates and Von Hunn officiating. Military funeral honors will be conducted by the Kansas Army National Guard Honor Guard. A private family burial will take place at a later date. There will be no calling hours. The family suggests memorials given to the Church of the Brethren or to the Carl Knaus Memorial Fund both in care of Garnand Funeral Home of Garden City.
Read Less

We encourage you to share your most beloved memories of Carl here, so that the family and other loved ones can always see it. You can upload cherished photographs, or share your favorite stories, and can even comment on those shared by others. 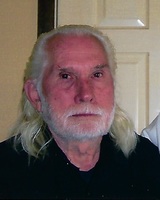