To share your memory on the wall of Ron Osterbuhr, sign in using one of the following options:

Provide comfort for the family of Ron Osterbuhr with a meaningful gesture of sympathy.

Ron grew up in Hildreth, NE, graduated from GCHS, and later earned a B.S. at Texas Tech University. He enjoyed an entrepreneurial career in agricultural chemicals, fiberglass manufacturing, propane, and oil & gas. He married Marie Bryant on September 5, 1959 in Roanoke, VA.

There will be a private family service at a later date. In lieu of flowers, the family has designated Finney County Humane Society in memoriam. Donations can be made through Garnand Funeral Home in honor of Ron’s colorful and adventurous life. He will be further memorialized at http://www.osterbuhr.org.
Read Less

We encourage you to share your most beloved memories of Ron here, so that the family and other loved ones can always see it. You can upload cherished photographs, or share your favorite stories, and can even comment on those shared by others.

We did a lot of business with Ron years ago when he was in the fertilizer/chemical business and bought a lot of fiberglass tanks from him.

He was a good friend and treated us well!

Posted Feb 14, 2020 at 09:17am
My deepest sympathy to the family on the passing of Ron. He was such an inspiration to my husband Fred. There are so many fond memories of Ron and all the years at Anamo.
Comment Share
Share via: 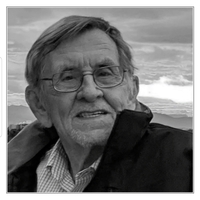