To share your memory on the wall of Irene Gestenslager, sign in using one of the following options:

Provide comfort for the family of Irene Gestenslager with a meaningful gesture of sympathy.

Irene grew up in the Garden City area where she attended Prairie Lawn School. She then attended Garden City High School where she graduated in 1947. On September 28, 1948, she married E.L. “Gus”
Gestenslager in Rocky Ford, Colorado. They lived in Rocky Ford, Pueblo, LaJunta, and Manitou Springs, before moving back to Garden City in 1950.

Irene worked at Roses House of Flowers and later at County Emporium. She also worked as a bookkeeper for their family businesses, Gestenslager Drilling and Centric Water Well Services. She was a member of Trinity Lutheran Church of Garden City; the Lutheran Women’s Missionary League; a lifetime member and past president of the PTA; served as a Boy Scout Leader; and served as a Brownie and Girl Scout Leader. Irene enjoyed her flower gardens, ceramics, sewing, “Butterflies & Things” and spending time with her grandchildren.

Funeral services will be held at 1:00 p.m. on Sunday, March 15, 2020 at Trinity Lutheran Church in Garden City with Pastor Michael Hageman officiating. Burial will follow at Valley View Cemetery in Garden City. Friends may call from Noon to 8:00 p.m. on Saturday at Garnand Funeral Home in Garden City, and the family will be at the funeral home from 6:00 p.m. to 8:00 p.m. on Saturday to visit with friends. The family suggests memorials given to Trinity Lutheran Church in care of the funeral home.
Read Less

Receive notifications about information and event scheduling for Irene

We encourage you to share your most beloved memories of Irene here, so that the family and other loved ones can always see it. You can upload cherished photographs, or share your favorite stories, and can even comment on those shared by others. 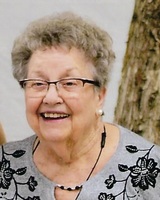 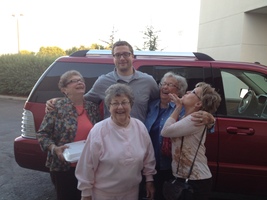 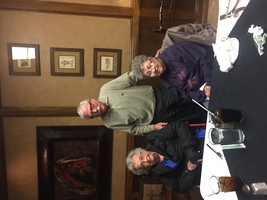