To share your memory on the wall of Ted Neal, sign in using one of the following options:

Ted grew up near Lamar, Colorado, until the age of 16 when he joined the U.S. Marine Corp. After boot camp, he served in Korea and three tours in Vietnam. He was wounded twice and is one of the Walking Dead from the Enchin Valley. After his honorable discharge, he and his family returned to Southwest Kansas. Ted married Gail N. Stewart on November 14, 1959, in San Diego, California. Ted worked for Arthur Westeman and V.A. Lathem. He then became an owner/operator of a semi and leased to National Carriers for 27 years. He was Driver of the Year in 2000 and drove over four million miles. Ted was currently working for Max’s Water Service of Meade, Kansas. Ted enjoyed deer hunting, gardening, yard work, barbequing, and loved visiting with family and friends. His great-granddaughter, Lily Ann, was the apple of his eye.

Graveside service will be Friday, March 27, 2020, at 10:00 AM at the Ulysses Cemetery with military rites by Dexter D. Harbour American Legion Post #79. There will be no public visitation. Arrangements are in care of Garnand Funeral Home, 405 W. Grant Ave., Ulysses, Kansas 67880.
Read Less

Receive notifications about information and event scheduling for Ted

We encourage you to share your most beloved memories of Ted here, so that the family and other loved ones can always see it. You can upload cherished photographs, or share your favorite stories, and can even comment on those shared by others.

Posted Mar 26, 2020 at 07:22pm
Gail so sorry to hear about Ted he was one of a kind, could tell stories all day long and really liked talking about his family. I’m sure Ted carried duct tape and bailing wire in his truck just to make sure he could keep the old truck running so he wouldn’t be late. I know he loved his family dearly because he talked about you with respect and love. Ted was a character he will be missed.

Posted Mar 26, 2020 at 12:27pm
Gail, As you know Ted was a kind and wonderful man. He would help anyone that was need. You two had a very special bond. I am proud to call Ted my friend. My prayers and sympathy for you and your family.
Comment Share
Share via:
SH

Posted Mar 26, 2020 at 09:54am
Gail and family,
I worked with Ted at National Carriers for many years. I so appreciated his willingness to help others learn the business and reaching out when he knew we needed help. He was the best of the best .
He was always talking about his family and what was going on. How proud he was of his kids and Brady .
There never was and never will be a guy as good as Ted!
Prayers to all of you.
Comment Share
Share via:
LF

Posted Mar 25, 2020 at 08:58pm
I remember uncle Neal telling us as kids he had a special screwdriver. If we didn’t behave he would unscrew our belly button to make our butt fall off. He was not only my uncle but my second dad. You will forever remain in my heart.
Comment Share
Share via: 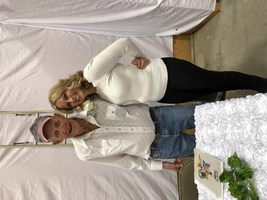 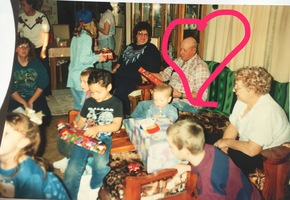