To share your memory on the wall of Glen Corn, sign in using one of the following options:

Robert has been a lifetime resident of Garden City where he attended Garden City schools. On December 1, 1974, he married Lola Glendene Brown in Garden City. He worked in farming in his early years. Bob then began working in maintenance at Walmart from from 1987 until his retirement. He was a member of the First United Methodist Church in Garden City, and enjoyed music and visiting with people.

Due to the recent outbreak of Covid-19, the family will be having a private service. Visitation hours will be held from Noon to 8:00 p.m. on Saturday and from Noon to 8:00 p.m. on Sunday all at Garnand Funeral Home in Garden City. Friends and family are encouraged to pay their respects during those times. The family suggests memorials given to the First United Methodist Church or the Alzheimer’s Association both in care of the funeral home.
Read Less

We encourage you to share your most beloved memories of Glen here, so that the family and other loved ones can always see it. You can upload cherished photographs, or share your favorite stories, and can even comment on those shared by others.

Posted Mar 26, 2020 at 12:00pm
Sorry to hear about your loss Bobby was such a joy to be around. Always talked to me at walmart he will be missed
Comment Share
Share via: 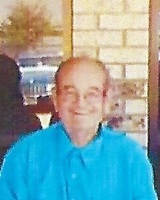