To share your memory on the wall of Kendrick Gregory, sign in using one of the following options:

Kendrick grew up in Milwaukee as a young child. He moved with his family to England, Arkansas in 1999 where he continued his schooling and graduated from England High School in 2007. Kendrick then served in the United States Air Force from 2008 to 2011. On April 17, 2010, he married Ashley Jones in Omaha, Nebraska. Kendrick lived in Bellevue, Nebraska for a short time before moving to Springdale Arkansas. He later moved to Garden City, Kansas in 2014 where he has lived since. Kendrick has worked for Phoenix Restoration, DLP, and currently working in maintenance at Tyson. Kendrick enjoyed sports, working out, playing rugby, coaching soccer and basketball, playing video games, dancing, and he was an avid fan of the Minnesota Vikings.

Friends may call from 5:00 p.m. to 8:00 p.m. on Friday and from 9:00 a.m. to 8:00 p.m. on Saturday all at Garnand Funeral Home in Garden City. A graveside service will be held at a later date at the Little Rock National Cemetery in Little Rock, Arkansas. The family suggests memorials given to the YMCA in care of Garnand Funeral Home of Garden City.
Read Less

Receive notifications about information and event scheduling for Kendrick

We encourage you to share your most beloved memories of Kendrick here, so that the family and other loved ones can always see it. You can upload cherished photographs, or share your favorite stories, and can even comment on those shared by others. 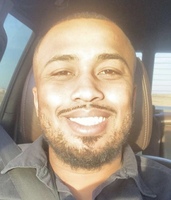 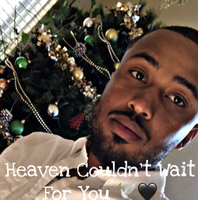