To share your memory on the wall of John Bernasky, sign in using one of the following options:

Provide comfort for the family of John Bernasky with a meaningful gesture of sympathy.

John attended Ingalls schools until his senior year when he transferred to St Mary of the Plains High School. He then attended Dodge City Community College and Garden City Community College. He served 4 years in the United States Army and was stationed in Alaska. After his discharge he returned to Garden City and in 1980 started Garden City Auto Parts which he has owned for 40 years and also had his “farming hobby”. He enjoyed helping people whenever he could. He was a member of St Dominic Catholic Church and had served on the Parish Committee for the new parish center and was a Eucharistic Minister and Greeter at the church.

There will be a Funeral Mass held at a later date at St Dominic Catholic Church. Burial will be in Valley View Cemetery in Garden City. Friends may call from Noon to 8:00 PM Tuesday at Garnand Funeral Home in Garden City. Memorials are suggested to St Dominic Catholic Church in care of Garnand Funeral Home. Condolences may be posted at www.garnandfuneralhomes.com

Receive notifications about information and event scheduling for John

We encourage you to share your most beloved memories of John here, so that the family and other loved ones can always see it. You can upload cherished photographs, or share your favorite stories, and can even comment on those shared by others.

Posted May 23, 2020 at 11:37am
Alan Griffin
I am deeply saddened to hear of the loss of John. He will be forever missed.
I first met John in 1979 when I worked at Cimarron Motor Supply and he would call mon us when he worked for Kempers. Then as years went on I called on him at his NAPA stores. Then later on I bought from him when I worked for Tim Dewey Farms. Such a great person to work with,
My deepest sympathy.
Comment Share
Share via:
MC

Posted Apr 28, 2020 at 07:49pm
My condolences to John's family. My Dad and I harvested his wheat years ago and did business with his store for many years. John was a very kind and devoted man ans was always a pleasure to do business with him. In later years I would often see him at noon at Ward's Cafe picking up or eating lunch.
John will be missed by us all.

Posted Apr 28, 2020 at 01:42pm
My sincerest condolences to the Bernasky family. John was a good man and lived a good life. He was a pleasure to do business with and always had a positive attitude! He will be missed.

Posted Apr 28, 2020 at 11:54am
Our thoughts and prayers are with you, Judy, and the whole family. John was a remarkable man and will be greatly missed.
Comment Share
Share via:
FB

Posted Apr 27, 2020 at 06:56pm
Dear Judy and family,
My heart goes out to you and your family. I know you will miss him so much. You and John always welcomed our family to your home. We always enjoyed the few visits we had together, wished it could have been more often. John did a wonderful job of farming the land for the Bauer's. Gail and I appreciated all his hard work. God bless and keep you in his arms. I do understand your sorrow.
Love always, Frances Bauer
Comment Share
Share via: 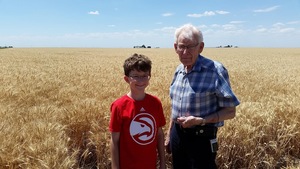 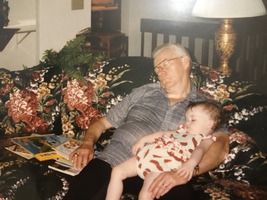