To share your memory on the wall of Norma Jean Coen, sign in using one of the following options:

Provide comfort for the family of Norma Jean Coen with a meaningful gesture of sympathy.

Print
Norma Jean Coen, age 79 passed away on May 10, 2020 at her home in Elkhart, Kansas. She spent her final days surrounded by her family.

On April 7, 1941 on a farm in Baca County, Colorado, Virgil and Norma Lackey welcomed their first chil... Read More
Norma Jean Coen, age 79 passed away on May 10, 2020 at her home in Elkhart, Kansas. She spent her final days surrounded by her family.

On April 7, 1941 on a farm in Baca County, Colorado, Virgil and Norma Lackey welcomed their first child, a daughter they named Norma Jean. She was called Jeannie as a child and being the oldest and only girl, she helped her mother take care of her five brothers: Jesse, Bob, John, Jay and Joe. As a child, she worked alongside her parents and siblings taking care of farm and household chores which she said helped prepare her for raising her own family.

Jeannie and her brothers grew up in the Baca County area and she was baptized as a child into the RLDS Church which later became the Community of Christ Church, which she remained a member of.

Jeannie met the love of her life, Donald Coen at a RLDS church retreat when she was 13 years old, even though she didn’t realize it until the next year’s retreat in Wilburton, Kansass. The story is told that when she saw Don sitting with his friends she walked up to him and took him by the hand over to sit with her and the rest is history.

They married on June 1, 1958 and begin their life together in Wichita, Kansas. Due to Don’s job, they moved several times, resulting in each of their children being born in a different city. Jean always said that as soon as they settled into a new town, she looked forward to meeting the neighbors and enjoyed visiting with them over coffee.

Don and Jean created a family and gave their children happy childhoods. Family vacations were camping trips and Christmas might be homemade, but there was always a lot of love. Jean was a wonderful mother to Debbie, Donna, Barbara, Douglas, Alan and Christie. She excelled at making each one of us feel special and she was always there for us. The family moved to Morton County in 1976 to take over the family farm.

She loved spending time with her family and enjoyed travelling to see them and hosting large family reunions. Jean’s greatest blessings, 14 grandchildren and 26 great-grandchildren called her Mugger, because that is the name her first grandchild, Angie, gave her. Some of her friends call her Mugger too.

Each of us has some very special “made with love” creations. She crocheted baby blankets for each family, made beaded doilies as family wedding gifts and enjoyed making handmade Christmas gifts for her 14 grandchildren and 26 great-grandchildren. With that many family members, she usually started in January.

Jean was very compassionate and found her calling by working in healthcare for many years. She also helped out on the family farm and raised dogs. Jean also enjoyed making her yard beautiful with flowers and plants, and was very creative when it came to crafting as she loved to try new ideas.

Friends were an important part of Jean’s life. She was always quick with a hug, a shoulder and yes, a cup of coffee.

Jean was briefly married to Melvin Strothman in 1993.

Jean touched many lives and left impressions on our hearts and memories in our lives that will never be forgotten.

Jean is preceded in death by son Douglas at age 3 months, daughter Christie, her parents Virgil and Norma and two brothers, Jay and Joe and a great-grandson, Colby.

Receive notifications about information and event scheduling for Norma Jean

We encourage you to share your most beloved memories of Norma Jean here, so that the family and other loved ones can always see it. You can upload cherished photographs, or share your favorite stories, and can even comment on those shared by others.

Posted May 15, 2020 at 03:24pm
Sissy, You were always there for me from the time I was born. Thank you for the reunions you held, keeping us together. It's not going to be the same without you. All my love, your brother, John
Jean, You were such a talented sister-in-law, always coming up with a new craft. You always had a welcoming home and a hot cup of coffee with lots of visiting. This "dear heart" will miss you. Colleen
Comment Share
Share via:

Posted May 13, 2020 at 02:17pm
Jeannie was such a large part of my early childhood as she and her family were the friends that you choose to be your family. My sympathy to all who loved her and will miss her.
Comment Share
Share via:
BL

Posted May 13, 2020 at 10:19am
"The moment that you left me, my heart was split in two
one side was filled with memories, the other side died with you.
I lay awake at night when the world is fast asleep
and take a walk down memory lane with tears upon my cheek.
Remembering you is easy, I do it everyday,
but missing you is a heartache that never goes away.
I hold you tightly within my heart and there you will remain.
Life has gone on without you, but will never be the same."
You are my best friend and I am so glad we spent so much time together.
I love you so much and will miss you, but I know you are at peace in heaven.
Barbara
Comment Share
Share via: 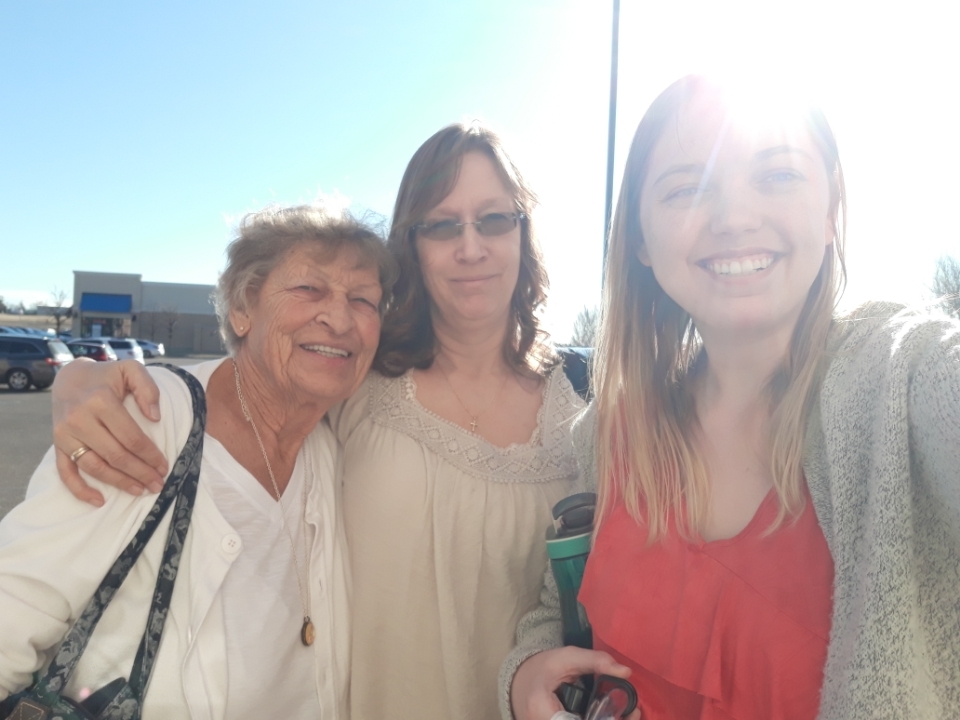 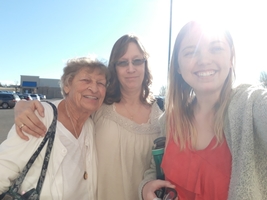 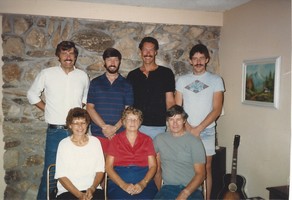