To share your memory on the wall of Joey Garvey, sign in using one of the following options:

Print
Joey Patrick Garvey, age 57, passed away peacefully on May 18, 2020 at Wesley Medical Center in Wichita, Kansas after a short illness.

Joey Garvey was born on January 15, 1963 in Graham, Texas to Clifford Robert Garvey and Joan Hammer ... Read More
Joey Patrick Garvey, age 57, passed away peacefully on May 18, 2020 at Wesley Medical Center in Wichita, Kansas after a short illness.

Joey Garvey was born on January 15, 1963 in Graham, Texas to Clifford Robert Garvey and Joan Hammer Garvey. He grew up in Graham, Texas and graduated from Graham High School. He later made his home in Lakin, Kansas where he raised his family. He worked many jobs in the oil/gas industry and was last an employee of Midwest Energy.

He was a loving father to John and Jacob. He enjoyed camping, bow-hunting, fishing, ranching, snow and water skiing with his sons. He loved being in the mountains and all outdoor activities. He is a member of the Lakin United Methodist Church, United Methodist Men, and Walk to Emmaus. He was a volunteer firefighter with Kearny County Fire & Rescue.

Receive notifications about information and event scheduling for Joey

We encourage you to share your most beloved memories of Joey here, so that the family and other loved ones can always see it. You can upload cherished photographs, or share your favorite stories, and can even comment on those shared by others. 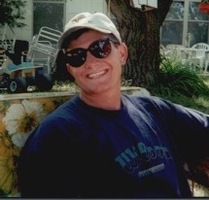