To share your memory on the wall of Mary Venters, sign in using one of the following options:

Mary attended Alamota Grade School and graduated from Dighton High School in 1953. She worked as a Secretary at Lane County Feeders from 1976 to 1996. She was a member of St Theresa Catholic Church of Dighton and TOPS. She loved being a mother and grandmother.

There will be a Memorial Mass announced at a later date. Burial will be in Dighton Memorial Cemetery. Memorials are suggested to St Theresa Catholic Church in care of Boomhower Funeral Home of Dighton. Condolences may be posted at www.garnandfuneralhomes.com

Posted Jul 10, 2020 at 05:13pm
When I reflect on memories of Mary, I can go back as a young kid on Sunday morning at St. Teresa's. The Venters Family was one who took two pews. My connection to Mary was many-fold. I have not seen Mary without a smile for me, a hug, and kind words. Rest in Peace, "Mom," and may perpetual light shine upon her.
Comment Share
Share via:
JM

Posted Jul 10, 2020 at 01:04pm
I remember so well the times when the Heath family (Aunt Maude and Uncle Ralph, and kids) would visit us on the farm in Oklahoma. We kids played in the yard and the fields -- Mary Florence was tougher, could run faster, and climb higher than any of us ! Always a big smile and memorable laugh - may she rest in peace now in Heaven with her parents, brothers, and other members of a great family.
Comment Share
Share via:
DS

Posted Jul 09, 2020 at 12:21pm
My deepest condolences to the family. I remember visiting Mary many times during my elementary school days. She was always a gracious host to whatever playmates her kids dragged in. I can remember her patiently answering my endless questions about why Joann couldn't eat hamburgers on Friday. Losing a parent is hard, my thoughts and prayers are with all of you.
Comment Share
Share via: 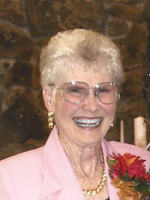