To share your memory on the wall of Bernard Haflich, sign in using one of the following options:

Haflich enjoyed fishing with his buddies, was an avid K-State fan, and excelled at poking affectionate fun at his family, friends and pretty much everyone he met.

A graveside service will be held at 10 a.m. on Saturday, July 25 at Valley View Cemetery in Garden City, with Von Hunn officiating.

Public visitation will be held Friday, July 24 from noon to 8 p.m. at Garnand Funeral Home.

Memorials may be given to St. Jude Children’s Hospital and Leave a Legacy Foundation in care of the funeral home.
Read Less

Receive notifications about information and event scheduling for Bernard

We encourage you to share your most beloved memories of Bernard here, so that the family and other loved ones can always see it. You can upload cherished photographs, or share your favorite stories, and can even comment on those shared by others.

Posted Jul 24, 2020 at 05:23pm
What an awesome man!! Many memories from the Grain Bin days, and playing liars poker with dollar bills. Bernard would do anything for anybody!! He will be missed!!
Comment Share
Share via:

Posted Jul 24, 2020 at 05:11pm
Bernard was a great man I remember him as a kid when my dad worked with him he always made sure to be sweet to our family even as I got older he always stopped to say hi when I would see him out and about glad I got to know this man
Comment Share
Share via:
MS

Posted Jul 21, 2020 at 10:55pm
Bernard, I wish you happiness, contentment, and may all your wishes come true. Go with God, "Uncle Nibble Jack". Peg
Comment Share
Share via:
DH

Bernard, I remember all the good times on the farm and coyote hunting with You, Chip, Ollie, Kenny and all the others. Say hi to Dad for all of us. May God bless You. Doug Haflich 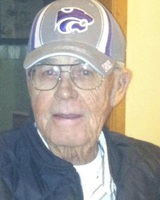