To share your memory on the wall of Carlos Wissar-Gutierrez, sign in using one of the following options:

Print
Carlos Wissar-Gutierrez, age 84, of Johnson, Kansas, died Saturday, July 25, 2020, at his home in Johnson. He was born August 11, 1935, in Bachiniva, Chihuahua, Mexico, the son of Enrique and Carlota (Gutierrez) Wissar.

Carlos grew up i... Read More
Carlos Wissar-Gutierrez, age 84, of Johnson, Kansas, died Saturday, July 25, 2020, at his home in Johnson. He was born August 11, 1935, in Bachiniva, Chihuahua, Mexico, the son of Enrique and Carlota (Gutierrez) Wissar.

Carlos grew up in Mexico. He married Belia Perez on December 20, 1956, in Gomez, Farias, Chihuahua. While living in Mexico, Carlos was a police officer, and then an owner/operator of many orchards. In 1977, the family migrated to Kansas and Carlos worked as a farmer for the Barrett’s in Coolidge. In 1989, the family settled in Johnson and he worked for Walker Farms until his retirement. Carlos was a member of St. Bernadette Catholic Church, Knights of Columbus, and Cursillista.

Carlos is preceded in death by his parents, one brother, three sisters, and son-in-law, Paul A. Ortiz.

Vigil service will be held at 7:00 PM on Thursday, July 30, 2020, and funeral mass will be held at 10:00 AM on Friday, July 31, 2020, both at Mary, Queen of Peace Catholic Church in Ulysses, Kansas, with Reverend Aneesh Parappanattu, MSFS officiating. Funeral mass may also be viewed via Facebook Live on the Garnand Funeral Home Facebook Page. Interment will follow at the Stanton County Cemetery in Johnson, Kansas. Friends may call from 10:00 AM until 5:00 PM on Thursday, July 30, 2020, at Garnand Funeral Home in Johnson. Memorial contributions may be given to Carlos Wissar-Gutierrez Memorial Fund in care of Garnand Funeral Home, PO Box 715, Johnson, Kansas 67855.
Read Less

Receive notifications about information and event scheduling for Carlos

We encourage you to share your most beloved memories of Carlos here, so that the family and other loved ones can always see it. You can upload cherished photographs, or share your favorite stories, and can even comment on those shared by others.

Posted Aug 01, 2020 at 10:59am
Very sorry to hear of Carlos" passing. We have known Carlos and his family for many years. Carlos worked for my wife's family with me and several years Carlos worked for me and he was always there, never complaining and always ready to do what was needed. Since then he remained a friend, who was always true to his word. I know he cared about his family and he will be missed by all.
Steve & Linda Schell 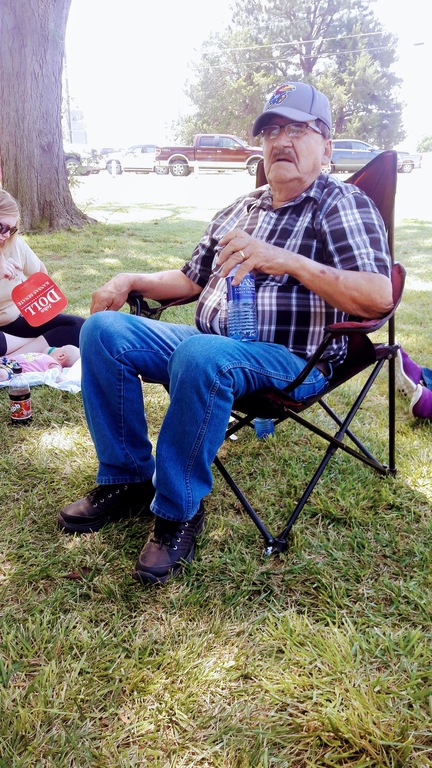