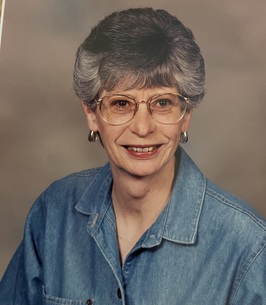 Donna grew up in Hugoton and graduated from Hugoton High School in 1963. She earned an Associate’s Degree in business from Adela Hale Business College in Hutchinson, Kansas. Donna continued to live in Hutchinson and went to work at Bankers Investment Company. She later became the Office Manager for Collingwood Trust. She was very intelligent and kept meticulous records for all their entities. Donna was an avid reader of mystery novels, and enjoyed playing cards, and had a love of all animals, especially horses, dogs and cats. Donna enjoyed attending the Hutchinson Community College basketball tournaments with friends, which they did on a regular basis. She was also a member and supporter of the Cosmosphere Space Museum in Hutchinson. Donna treasured the time she was able to travel both locally and abroad with family members. She was a member of and baptized in the Grace Episcopal Church in Hutchinson.

Donna is preceded in death by her father, Verner Hooker; mother and step-father, Edith and Hobart Quimby; and special friend, Vernon Hinkle, Jr.