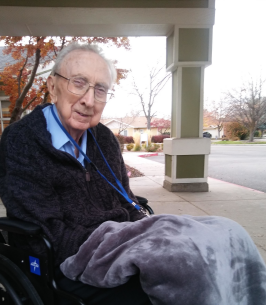 Bobby worked the family farm until he enlisted in the U.S. Army and served over twenty three years active duty and inactive service. He reached the rank of Chief Warrant Officer 3. Served two tours in Vietnam and was awarded 2 Bronze Star medals during his war time service along with many more throughout his military career. Bobby retired from the Army in 1974 and continued his career with other government agencies until his final retirement in Arizona. After health issues he moved to Boise, Idaho, to be closer to his family.

Bobby is survived by his four children, Patrick Callahan, Michael Callahan, Shannon Clifford and Colleen Reichel. Bobby was the last living sibling from a mixed family of brothers and sisters.

He almost made it to his 93rd birthday this year. He will be greatly missed by his family and friends.

Graveside service will be held Wednesday, June 29, 2022, at 9:00 AM at the Ulysses Cemetery with military rites by Dexter D. Harbour American Legion Post #79. Arrangements are in care of Garnand Funeral Home, 405 W. Grant Ave., Ulysses, KS 67880. Condolences may be posted at www.garnandfuneralhomes.com.