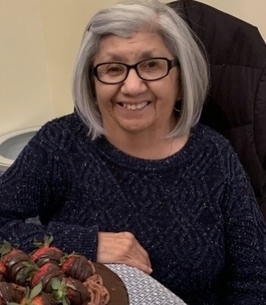 Cecilia has been a lifetime resident of Garden City. She attended Garden City schools and graduated from Garden City High School in 1961. Cecil began working as a cook at the Garden City Country Club. When Southwind County Club was built, she worked there as the operator of Cecil’s Bar & Grill until the mid 1990’s. She then worked at Stage in Garden City for 16 years before her retirement. She was a member of St. Dominic Catholic Church in Garden City and the Altar Society. Cecilia’s passion was taking care of her family. She enjoyed her church activities and enjoyed attending family sporting events, and she was an avid fan of the Kansas City Chiefs, the Kansas City Royals, and the Kansas Jayhawks.

A Vigil Service and Rosary will be held at 7:00 p.m. on Thursday, July 28, 2022, at St. Dominic Catholic Church in Garden City. Funeral Mass will be held at 10:30 a.m. on Friday, July 29, 2022, also at St. Dominic Catholic Church with Rev. Warren Stecklein as Celebrant. Burial will follow at Valley View Cemetery in Garden City. There will be no calling hours. The family suggests memorials given to Hope Lodge in care of Garnand Funeral Home of Garden City. Condolences may be given at garnandfuneralhomes.com.