To share your memory on the wall of Helen Michel, sign in using one of the following options:

Provide comfort for the family of Helen Michel with a meaningful gesture of sympathy.

Helen graduated from St Mary Catholic School in 1942 and attended Garden City High School. She was a homemaker. She was a member of the Church Of The Brethren, V.F.W. Auxiliary, Eagles Auxiliary, Senior Center and RSVP. She enjoyed bowling, fishing, camping, cross word puzzles and being involved with her grandchildren and their families. She was preceded in death by her Parents, Husband, Daughter- Sharon Kuhn, Brother- Jody Schwaiger, Sister- Josephine Wilken, 1 Granddaughter & 2 Great-Grandchildren.

Funeral Service will be at 2:00 PM Monday at Garden Valley Retirement Village Chapel with Pastor Raul Silva officiating. Burial will follow at Valley View Cemetery in Garden City. Friends may call from Noon to 8:00 PM Sunday and 9:00 AM to Noon Monday at Garnand Funeral Home. Memorials are suggested to Church Of The Brethren in care of Garnand Funeral Home.
Read Less

Receive notifications about information and event scheduling for Helen

We encourage you to share your most beloved memories of Helen here, so that the family and other loved ones can always see it. You can upload cherished photographs, or share your favorite stories, and can even comment on those shared by others. 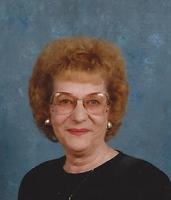