To share your memory on the wall of Skye Stanley, sign in using one of the following options:

Skye was a 1992 graduate of Dighton High School where he was involved in many sports and activities. He graduated Phi Betta Kappa with this degree in Biology from the University of Kansas. He then earned his Doctor of Veterinary Medicine from Kansas State University in 2000. Following graduation, he completed a rotating internship in small animal medicine and surgery and residency in internal medicine both at the Animal Medical Center in New York City, after which he was awarded Diplomat status with the American College of Veterinary Internal Medicine. Following the completion of his residency Skye joined Fifth Avenue Veterinary Specialists as a staff internist when the hospital first opened in July 2004. He later became head of the internal medicine department at the hospital and was promoted to Medical Director in 2007. In 2010 he became a faculty lecturer at the Veterinary Hospital of the University of Pennsylvania. His primary responsibilities included clinical instruction of residents, interns, and fourth year students, along with directly seeing internal medicine referral appointments from all over the Northeast region .In 2011 he returned to Fifth Avenue Veterinary Specialists Hospital as a staff internist and later became the Medical Director. Skye was very active in the New York City veterinary community by providing continuing education for referring veterinarians, volunteering and being an advocate for the New York City pet population. In 2014 he moved to Huntington Beach, California to be on staff of Specialist Veterinary Hospital. While there he was the consulting specialist for the hospital Telemedicine Program.

He is survived by his Mother- Gail Stanley of Dighton & 2 Brothers- Shad & Laura of Laguna Beach, California and Shane of Nocona, Texas, Grandmother- Ellen May Stanley of Dighton, Nephew- Hunter of Dighton & Nieces- Maria of Dallas, Texas, Sadie of Pratt Ella and Ava of Yukon, Oklahoma. He was preceded in death by his Father- Ken Stanley, Grandparents- Max Stanley, Evelyn Beesley, Jim Beesley and Floyd McWhirter.

Memorial Service will be at 11:00 AM Saturday, July 13 at the United Methodist Church in Dighton with Rev Berniece Ludlum officiating. Burial will be in Dighton Memorial Cemetery. Memorials are suggested to Skye Stanley Memorial Fund (For Animal Care) in care of Boomhower Funeral Home. Condolences may be posted at www.garnandfuneralhomes.com
Read Less

Receive notifications about information and event scheduling for Skye

We encourage you to share your most beloved memories of Skye here, so that the family and other loved ones can always see it. You can upload cherished photographs, or share your favorite stories, and can even comment on those shared by others.

Posted Jun 14, 2020 at 02:26am
My 2 year old pup was a patient of Dr. Stanley when he was with Fifth Avenue Vets. He was the only vet who could find a way to control her intestinal bowel disease with the right combination of medications. To our family he was a miracle worker! My dog is now 12 years old and going strong, and I wanted to send Dr Stanley a note to let him know and express how grateful we will always be for his excellent medical care and compassion. I went online to find out where he is working these days and was utterly shocked and saddened to read he had passed away last year. Our heartfelt condolences go to his family. May your loving memories console you. He made this work a better place.
Lynne Neubeck
Comment Share
Share via:
SK

Posted Jul 20, 2019 at 07:20am
Skye and I were acquaintances in New York City. We met online in 2007. I visited him on occasion and he visited me once. Our last meeting was in a restaurant in the West Village of Manhattan. I believe he was a sensitive, tender-hearted, and perceptive human being. He provided a job reference for me in 2009 and I remember suggesting to him at that time he should move to CA. We were to meet shortly before his move to CA in 2014 but a snow storm got in the way. We lost touch but I’ve often thought of him and wished we had met under different circumstances. Today I thought to send him a post card and let him know I’m soon to graduate with a Master of Divinity as I know he’d have been happy for me. So I am shocked to find he has passed. Still, I truly believe he found life more enjoyable in CA than NYC. My sincerest condolences go out to Skye’s family and friends. And my prayers are with his spirit, his spirit set free.
Comment Share
Share via:

Posted Jul 12, 2019 at 10:05am
I worked with Skye in CA, and he was a good, caring man and veterinarian. He spent time with Residents and Interns, and was very dedicated to helping them succeed. He did a lot of charity, and was always reminding us that we could do better. I am saddened to hear of his passing. May he finally rest in peace, and be surrounded by light and love.
Comment Share
Share via:
MB

Posted Jul 02, 2019 at 10:51am
I went to college w/Skye at KU. He was one of the funniest people I've ever met. Incredibly smart, hard-working and very loyal. I'll miss you Skyeler. Gone way too soon... Love you buddy

Posted Jun 29, 2019 at 07:03pm
Dr. Skye Stanley was the Fifth Avenue vet I saw with my beloved pet. He was professional, friendly and KIND. For one Christmas my pet gave him a blue bow-tie as Dr. Stanley loved bow-ties. Rest in Peace, Dr. Stanley and you touched my life in a special way. Linda Ann Gray
Comment Share
Share via:

Skye was my veterinary school classmate and friend. I will always remember his gentle and soft spoken nature. After graduation, he went on to accomplish so much more than most of us. His dedication to our profession was admirable. He spent an additional 4 years advancing his training, and becoming a boarded specialist. A testament to his determination and intelligence. I was shocked to hear of Skye’s passing. It is a loss on many levels and hard to comprehend. My deepest condolences to his mother and siblings. I know that Skye has found peace. I pray for his family. 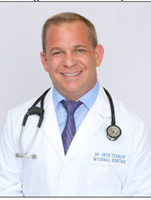 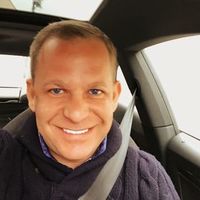 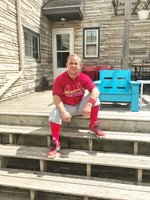 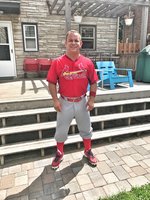