To share your memory on the wall of Judith Wartman, sign in using one of the following options:

Judy graduated high school in Ingalls, Kansas. She attended one year at Hutchinson Junior College and then went on to KU Medical School to become an X-ray technician. She later received a Bachelors and Masters degree from Kansas University.

Judy was an extreme supporter of Kansas University especially the KU basketball team.

Judy is preceded in death by her parents Alvin and Lenora Wartman and her beloved pet children Bob and Buck.

She is survived by her twin sister Sandy Wartman, her brothers, Lonny and Jerry Wartman and her pet children Baby and Rocky.

A Celebration of Life Service will be held at 1:00 pm Saturday July 13, 2019 at the Pierceville Community Church in Pierceville, Kansas.

Condolences may be posted at www.garnandfuneralhomes.com
Read Less

Receive notifications about information and event scheduling for Judith

We encourage you to share your most beloved memories of Judith here, so that the family and other loved ones can always see it. You can upload cherished photographs, or share your favorite stories, and can even comment on those shared by others.

Posted Jul 12, 2019 at 01:13am
I will miss my phone calls with Judy through the past years. I know she is out of pain now, and with her dear Mother that she missed so much. I k ow that they are dancing in heaven together. Debbie Appelhans
Comment Share
Share via:
SJ

Posted Jul 10, 2019 at 12:36am
Judith was a dear friend. I was in the Radiology program with her and am stunned to hear of her passing. We rented our first apartment together in Kansas City when we were very young. She had the best heart of anyone I have known.

Posted Jul 07, 2019 at 05:42pm
Sending sincere condolences to the Wartman family. Losing a sibling leaves a void that can't be filled. Remember the good times you all shared. With sympathy, Ina (Korf) Smith, Penrose, CO.
Comment Share
Share via: 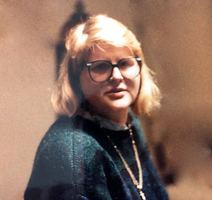