To share your memory on the wall of Donna Mader, sign in using one of the following options:

Provide comfort for the family of Donna Mader with a meaningful gesture of sympathy.

Donna was a lifetime Finney resident and graduated from Garden City High School. She was a homemaker and assisted on the family farm operation. She enjoyed playing bridge and bowling in her younger years and later enjoyed her garden, trips to the mountains and her ventures to casinos. She was preceded in death by her Parents, Husband, 2 Sons- Wes Mader & Bryan Mader and 3 Brothers- Bill Clark, Ken Clark & Jim Clark.

There will be a Celebration of Life Service at 2:00 PM Saturday at Garnand Funeral Home in Garden City with Rev Bob Bates officiating. The family requests that you bring a written memory of Donna to the service for a family scrapbook. Memorials are suggested to Friends of Lee Richardson Zoo (FOLRZ) in care of Garnand Funeral Home. Condolences may be posted at www.garnandfuneralhomes.com

We encourage you to share your most beloved memories of Donna here, so that the family and other loved ones can always see it. You can upload cherished photographs, or share your favorite stories, and can even comment on those shared by others.

Posted Jul 22, 2019 at 11:02pm
I'm sad to hear that Mrs. Mader has passed. I came to know her son, Robert, and grandson, Casey, about a week ago, traveling through Kansas. They were so kind and generous to us. We learned a lot about how good people can be to each other. This family is in my thoughts. Peace.
Comment Share
Share via:
CF

Posted Jul 20, 2019 at 02:30pm
All of Donna's family has been on my mind all week. May you all be comforted knowing that she is in the loving arms of our Heavenly Father and reunited with family. Many prayers for you all.
Comment Share
Share via:

Posted Jul 18, 2019 at 08:33am
I will always remember the fun times I had @ the Clark/ Patee Family cookouts each year when I was just a youngster. Wish we would have stayed in touch more. Until we meet again... 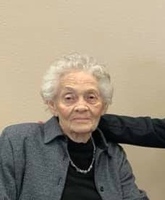