To share your memory on the wall of Robert Weiser, sign in using one of the following options:

Provide comfort for the family of Robert Weiser with a meaningful gesture of sympathy.

Snub graduated from Dighton High School in 1973. He spent his life working in construction for Harold White Concrete and Scott Aytes in Scott City and for his brother in Dighton. He was baptized at St Theresa Catholic Church in Dighton. He enjoyed motorcycles, rock music especially Moody Blues, Rolling Stones & Mick Jaeger, studying history and going to museums but especially telling a good joke or story.

He is survived by his Sister and Brother-In-Law- Brenda & Steve Kuhlman of Cimarron, Brother- Richard Weiser of Dighton and 3 Nephews- Cody Kuhlman and Brett Kuhlman both of Lawrence and Nick Weiser of Dunkirk, New York.

We encourage you to share your most beloved memories of Robert here, so that the family and other loved ones can always see it. You can upload cherished photographs, or share your favorite stories, and can even comment on those shared by others.

Posted Jan 08, 2020 at 03:00pm
Robert Weiser my friend. I have so many memories. from the good times at Dickie Lees, the jokes, arm wrestling, and all the golf we played with stops at the VFW in Garden City. The best golfing memory though has to be the special weapon day in Leoti. edge of the pond this club will get me out of anything. well you chunked it into the pond and your special weapon followed right behind it as you tossed it in the pond. It was recovered several years later when Gary drained the pond. I could come up with more but sure I am limited on space here. So Snub Rest in piece my friend, and hopefully no special weapons are needed anymore. prayers and thoughts to the entire family.
Comment Share
Share via: 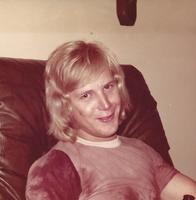